The Girlfriend by Abigail Barnette

on April 28, 2015
Disclaimers: while my blog post itself does not contain any graphic sexual content, this book series does. This is a review for a book series that is meant for mature audiences, and therefore is unsuitable for minors.

This review is for the second book in a series and contains spoilers for the first book as well. 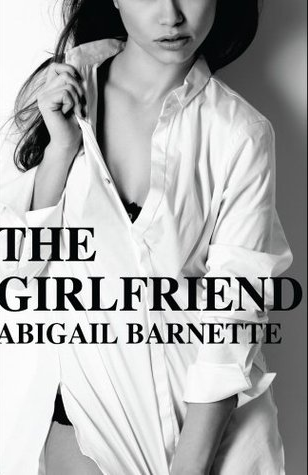 When we left Sophie and Neil at the end of The Boss (review here), she had just found out she was pregnant, shortly after getting fired by her boss who is also her boyfriend and her Dom. Her future is uncertain, and so is their future together, especially as Neil reveals to her that he has cancer - or rather, he has been in remission for the past few years, but now he's hitting critical stages.

The Girlfriend is, pardon my language, where s*** gets real, and this book is when it really hit me how great a writer Abigail Barnette (aka, Jenny Trout) is. The first book was a really great introduction to the great characters and the BDSM world, and all in all, it was a fun, sexy story. The Girlfriend builds on that - there are still funny/sweet/sexy moments, but since the book begins with Sophie having an abortion and then the rest shows how the two of them weather the storms of Neil's treatments, it's clearly got a lot more serious moments, and I think they were really well done.

So, I mentioned in a review for a different book how impressed I was that the main character had an abortion, and it didn't ruin her, and it wasn't something she was eventually punished for, and she went on with her life, and in the end, everything was okay. And that book was only the second book I'd read where that happened - The Girlfriend was the first. Sophie knows beyond a doubt that she doesn't want this pregnancy, and she exercises that choice, and then she moves on with her life. It's not treated callously, but it's not made a bigger deal than it needed to be either.

Afterward, Sophie travels to England with Neil, where he will undergo his treatments, and the book balances the good and the bad very well. If you're reading the book for the sexy moments, there are plenty of those. If you're reading it to see how Neil's experience is depicted, I think that was very well done too. This book is where the writing really shines, because it's clear that Barnette can do more than just write erotica - she can also handle sensitive, difficult situations too.

Sophie tries her best to be there for Neil, but of course, it isn't easy, and on top of that, she is having trouble adjusting to living in "Neil's world" (wealthy European people and such, especially Neil's ex), and she manages to find solace by writing a memoir about her side of things (with Neil's approval, of course). This is as much a story about Neil's journey to back health as it is about Sophie's journey to back to herself.

This is basically a new part of their relationship, where it's less "honeymoon" and more serious. The first book was all intrigue, excitement, and thrills. And I'm not saying there aren't any thrills in the second book, but there is also blood, and vomit, and vulnerability, and I highly recommend making this jump with the series, as Neil and Sophie make the jump with each other.
4 stars Abigail Barnette adult romance/erotica