The Girl at Midnight by Melissa Grey I actually did judge this book by its cover - I was very drawn to the purple and the title font and all that, and the description sounded interesting, so I had to read it.

The Girl at Midnight is about two ancient, magical races at war with each other and the human girl who becomes a key figure in stopping that war. On the one side, you have the Avicen, who have feathers instead of hair. On the other side, you have the Drakharin, identified by beautiful patches of scales on their faces and bodies. It's an ancient feud, violent and bloody on both sides and fueled by prejudicial hatred.

Echo, a runaway and thief who makes her home in the NYC library, was taken in by the Avicen as a young child, and now, at the age of seventeen, is sent on an errand to find the firebird. Previously thought to be a myth, the firebird is supposed to do the bidding of whoever finds it, and leaders on both sides of the war are eager to use it to turn the tide in their favor.

So, the thing that really drew me in about this book was its rich world-building and its visuals. I spent most of this book wishing I had any sort of artistic talent, because I had a very strong urge to sketch all the characters. I hope this book does really well and gets picked up for a movie, JUST so I can see the character makeup, with the myriad of Avicen with their amazing plumage and the Drakharin with mermaid-like patches on their cheekbones or the backs of their hands. The locations are no less amazing, considering how they have the power to poof! to anywhere else in the world - from New York to Japan, to England, to France, to the Black Forest in Russia... I swear, it took me a long time to read this book because I kept stopping to imagine things.

The idea of these two races was fascinating. I'm not much of a fantasy reader, so a race of bird-like people and a race of dragon-like people at war with each other sounded really interesting to me. The Avicen live underground, moving among human beings but not interfering with them, hiding magic portals in various places to allow them to get around undetected. Human countries have been partitioned off into Avicen and Drakharin territories, and to trespass could mean death.

Echo is smart, brash, and quick. There's not a lot about her pre-Avicen history, but it sounds like she ran away from an alcoholic, abusive family at a very young age (like, eight?) to hide out in the New York City library, finding a new family among the books there. If you're a lit nerd, then you'll like Echo, who constantly quotes books ("One does not simply walk into Mordor," she says, while planning a heist) and recalls interesting words in many different languages for how she's feeling or what she's experiencing ("petrichor - the smell of the dirt after rain"). I know that it's common these days to have a You're the chosen one heroine at the center of a war/revolution, and that she's always feisty and brave, but what stood out for me about Echo is that she's not particularly virtuous. She's a thief, after all, and you get the sense that she's even a bit arrogant about her skill. I mean, she is essentially good, but she's kind of a brat too, and I think it would be more fun to be friends with her than other parallel YAF heroines. Echo actually reminds me of Parker from Leverage (my favorite character from one of my favorite tv shows).

Echo has grown up among the Avicen, befriending the others her age (and even having a boyfriend, who probably has some human somewhere in his lineage), and her loyalty is to the Avicen, so when her adopted parent asks her to slip into Drakharin territory to find some clues about the firebird, she sees it not only as a chance to use her thieving skills but also as a chance to help the people she loves.

Also looking for the firebird is the Drakharin prince, Caius. His people are dying in the war every day, and he wants peace as well. Unfortunately, his bloodthirsty sister is seeking to de-throne him in order to take power and bring total devastation to the Avicen (at high cost to their own race), so when his trusty captain of the guard (and best friend) Dorian returns with news that a human girl is helping the Avicen and that she somehow has managed to track down some key information, he jumps into the fray. They end up a rather motley team of heroes, and I really liked that.

Look, the romantic angle was inevitable, I suppose, but I didn't mind it so much, because it's slightly unusual. Echo already has a boyfriend, who happens to be the Avicen guard's most promising rookie soldier. She and Caius have almost instant chemistry (from the moment is captures her and throws her in his dungeon), and it's obvious to just about everyone. Adding to this love polygon is Dorian, who loves Caius and would follow him to the ends of the earth, and Echo's Avicen friend and professional scoundrel, Jasper, who will flirt with anyone but who takes a sudden, deep interest in Dorian... again, this book contains elements that you might have seen in any of the major YAF titles that have come out in recent years, but then turns them a little bit on their heads and makes them just that much more unique and interesting.

Oh, and by the way, Caius is still mourning the death of an Avicen girl he once loved a century ago, the same girl who apparently scattered the pieces of the map and the clues that have found their way to Echo.

It's not a coincidence, but destiny.

And I don't know if it's just me, but I predicted the big plot reveal at the end when I was just over halfway through the book. It didn't ruin the experience for me or anything, but I felt it was a fairly obvious conclusion :)

I do love stories that involve a quest, and I also love stories that are fairly litnerdy, so not surprisingly, I found myself totally loving this book, purple cover and all, by the time I finished it. I'm absolutely sad that it only just came out last week, because it means that it'll be a while before we get the next book in the series. 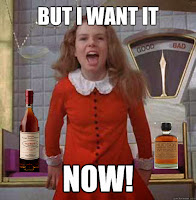 Definitely, definitely check out The Girl at Midnight if you're looking for a rich fantasy world, a spunky pickpocketing heroine, and a fiery quest around the world.
4 stars fantasy Melissa Grey Netgalley YAF