The Frenchman by Lesley Young 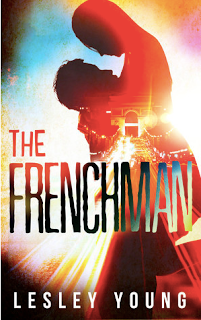 It was a fun story and all, but damn if I didn't find their relationship problematic. I guess I don't love it when the dude is overly controlling and the woman is so overcome with lust that she just can't help herself, especially when his language to her is often rude. (And it's not fully established whether this is a kink of hers or whether she just doesn't know how to stand up to him.) He reacted badly the one time she tried to take control of the situation, and since then, she hasn't attempted since? That doesn't sound healthy to me. I didn't think he redeemed himself nearly enough at the end - I mean, he showed up when he promised not to contact her anymore, and he prevents her from leaving. How is that learning to give? He should've gone with her instead. *shrug*

I'm not saying I didn't like reading it - it was sexy and fun, and I read it all in one sitting. But I also felt super uneasy. I think I have a hard time turning my brain off when it comes to stuff like this. Blame Twilight.
3 stars adult Lesley Young romance/erotica