I got to meet Cassandra Clare and Holly Black!! 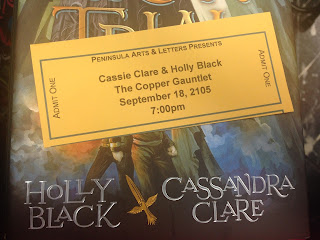 Cassie Clare and Holly Black were at Kepler's Books in Menlo Park tonight to talk about their Magisterium series (which I hadn't even heard about, until I heard about this event). The second book just came out, so they were on hand to tell us about the process of co-writing, writing for middle readers (that's the group just younger than YAF, for those of you who don't know), and just anything we wanted to ask. And also to sign books!

My dreadful admission is that I've had Holly Black's The Darkest Part of the Forest on my shelf for quite some time, and I still haven't gotten to it, but now having met her, I think I'm going to have to bump that one to the top of my list, as well as her previous books. Her books sound right up my alley.

Both of them were really nice and really funny, and THEY BOTH COMPLIMENTED MY HAIR. (Yessss.) During the Q&A portion, I asked them how they go about researching things like mythology and folklore for their books and how they decide what to incorporate, and they both answered that it's more like, they learn about things they're really interested in, or they happen upon cool bits of information, and they get inspired to work it into their writing. Sounds good to me :)

Yeah, it was fun. I don't usually get to go to stuff like this, so this was quite a treat, and I got three books signed :)

Thank you Cassie, Holly, and Kepler's!!! This totally made my week!!! 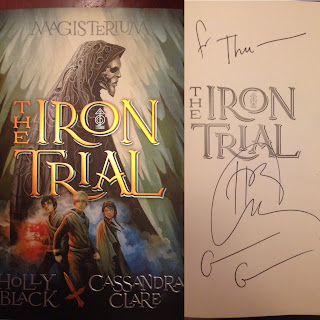 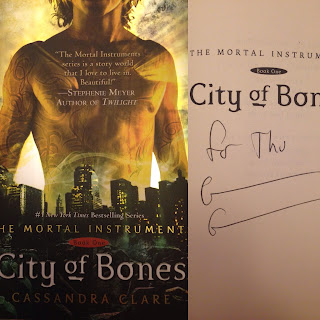 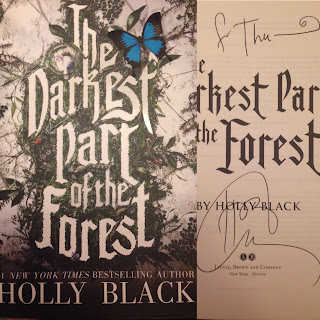 BONUS: Sabaa Tahir, author of An Ember in the Ashes, was IN ATTENDANCE. I knew this because I saw her tweet a picture of the crowd. (And it turns out that I have a friend who knows her!) She'll be doing an appearance next month that I plan to attend!
authors in person Cassandra Clare fantasy Holly Black middle readers supernatural YAF