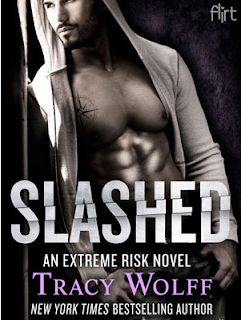 This is the third book of Wolff's Extreme Risk series, about a group of professional snowboarders who are best friends. However, each one works well enough as a standalone novel as well (which is how it usually goes with romance series).

Luc and Cam have been best friends since they were four. Cam is beautiful, badass, and well on her way to becoming one of the top female snowboarders in the nation. Luc has never been as acclaimed as the other guys in their group of friends (or even as much as Cam), so he's got a bit of an inferiority complex, probably made worse by his upbringing. They have always had each other to rely on, through thick and thin, but their friendship has become stilted since a drunken night of passion a few months ago. While it had been a dream come true for Luc, who has loved Cam for years, it had been a horrible mistake for her.

When Cam's mother reappears in her life after walking out seventeen years ago, Luc is the man she turns to. But after the way she reacted the first time, he's not so ready to open his heart, even though his body feels otherwise. And when their budding relationship leads to some career-altering decisions, they both have to decide how they feel about each other.

I liked this book, but it was one of those frustrating stories where a lot of things could've been easily solved by people sitting down and having real conversations with each other. (Though, I suppose, there wouldn't be much of a book if that had happened right away.) There's a lot of hemming and hawing, and each person making assumptions about the other person without really making attempts to clear the air (until it's too late), and that just gets annoying.

Like how early on in the book, Luc thinks Cam is into some other guy, even though they've been sleeping together, and he gets super jealous and clams up on her and avoids her, and of course, Cam has zero clue what's going on with him and why he's mad at her (though, GURL, he just spent the evening watching you dance with another dude!) and literally none of that needed to happen. They could've just sat down and had a real conversation, and then everything would be fine, and then they could get back to the sexy times.

Aside from that, I liked the characters. I felt like Luc managed not to cross over into Nice Guy territory, and Cam is cool and relatable. They're both flawed, with their own individual dramas to deal with, but they're both likeable. I like that Cam is described as muscular and athletic, and it's mentioned a few times that she's not typically feminine and that, in fact, she's gotten made fun of for looking "masculine." I'm so used to romance novel heroines being soft and pretty (whether they're slender or curvy) that it was cool to picture someone of a different body type. However, I'm a little disappointed that, at one point she had to do a photoshoot for a snowboarding magazine, and she didn't end up fighting the notion of having to pose in a bikini. I mean, she and the other female characters definitely comprehended the double-standard (because the male athletes got to pose in full athletic gear), but she ended up going through with it anyway. Yeah. Oh well.

My other complaint was that there wasn't much involving the stuff about Cam's mother. I mean, it got her out of her house and into Luc's, but aside from that, nothing was really developed or resolved. It felt like more of a plot device than a side plot.

I was sort-of surprised when it is revealed that Cam is pregnant. Only sort-of, because at one point, she returns home to grab her belongings after having spent a few days with Luc, and she says "I grabbed some clothes, my birth control pills," etc., and I was like, "Wait, she didn't have them? Did she skip some pills this week?" But then again, later on, her doctor says that her pills are so low-dose that they weren't effective contraception, so... I don't know.

Anyway, I like how it was handled. I've reviewed books before where the character has an abortion and I applauded how it was handled; in this case, Cam decides to keep the baby, and I'm okay with this too... though I will insert a disclaimer here that she is only able to do so because she has an excellent agent who is able to make her endorsements work around her pregnancy, and she's already in great shape, so she wouldn't have too bad of a recovery, and in short, it's a decision that works because she's very, very lucky to have certain privileges. But I like how it was handled in that it wasn't an easy decision for her, and that we really got to see her going through her options and really thinking things through (unlike, say, Bella Swan, who was very like, "Oh, things will work out just fine!").

In the end, I'm always a sucker for a friends-to-lovers story, and once I got past all the snowboarding jargon and bro-y slang, it was a fun, quick read, and I wouldn't mind picking up the first two books in the series to meet the other characters that are mentioned in this book.
3 stars adult Netgalley romance/erotica Tracy Wolff