Butterfly Dreams by A. Meredith Walters 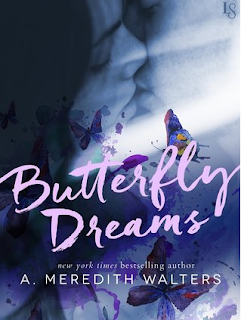 Summary: Corin is obsessed with death and illness. Both of her parents passed away in quick succession when she was a teenager, and ever since then, every single cough, sneeze, or ache has convinced her that she's next, even though her doctors swear that her tests come back normal.

Beckett has actually almost died - was clinically dead for a little bit - from a heart condition that he didn't know he had. He can no longer do any of the things that he loves - running, soccer, bungee jumping, even drinking coffee - and though he has tried to remain positive, he's still struggling to come to terms with how much his life has changed.

They both meet at a support group. Awkward, blunt Corin is the only person who seems to understand Beckett and to not treat him with kid gloves; handsome, charming Beckett inspires Corin to enjoy life and to seek out the positive rather than letting her stay mired in her grief and anxiety. But between her fear of death and his failing heart, they both know their time together might be limited.

Thoughts: Netgalley's descriptive blurb mentioned The Fault in Our Stars, and I can definitely see the similarities - they even meet at support group! And he is quite persistent in pursuing her, but I guess that's supposed to be cute.

But what makes this story different is that Corin is sick in a different way - she's not suffering from a life-threatening illness; she has never properly processed her grief, and her anxiety and issues are manifesting psychosomatically. But I like that she is not made to be crazy - I mean, she definitely is afraid that she is crazy, and her awful sister calls her crazy, but otherwise, she is treated like a real human being who deserves compassion and care, just as much as Beckett is a real human being who deserves compassion and care. And while Beckett tries to maintain the outlook that he is lucky to be alive and should be happy with that, but he too is grieving over the parts of his life that he has lost. (As someone who has had to give up running all of a sudden due to injury, I understand a little bit of where he's coming from.) And I like how the book doesn't trivialize his feelings either.

There were moments that I thought were a little corny and maybe even a little predictable, but even I found myself tearing up at the end, since it took me a sec to figure out exactly what had happened. (Spoiler alert: no ugly crying this time.) I liked it! It was more romantic than sexy (though there is some of that too), and it was just a sweet little love story.
3 stars A. Meredith Walters adult Netgalley romance/erotica