A double-dose of Owlcrate - July and August 2016

I have two Owlcrate boxes to share with you this time, because I recently moved to another state, and my July Owlcrate was delivered to my new address instead of my old one (which was fine, but it arrived there a week ahead of me), and then things have been hectic with the move ever since. I opened it and photographed stuff, but never got around to uploading the photos, and as such... now I have two boxes to share :) 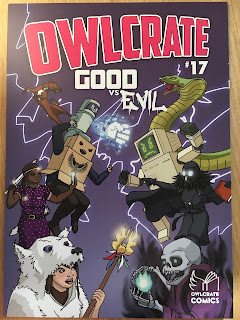 July's box was special because the theme was Good vs. Evil, which meant that half of the subscribers were getting a "Good" box and the half were getting an "Evil" box. Which one did I get? 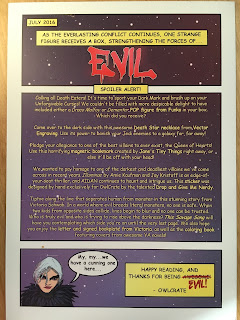 *twirls mustache*
*except I don't have one*
*What do evil non-mustache-growers twirl?*

I would've been happy with either box, but isn't the Dark Side just a little bit more fun? :)

Here's what I received: 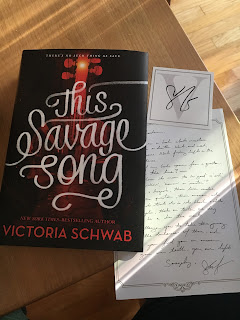 First of all, everyone received the same book, regardless of good or evil: This Savage Song by Victoria Schwab. This one was already on my reading queue, so I'm glad I got it. It came with a signed bookplate.

The book goodies were different between good and evil, and then even within each side, there were variances. For example, I received a FunkoPop Dementor: 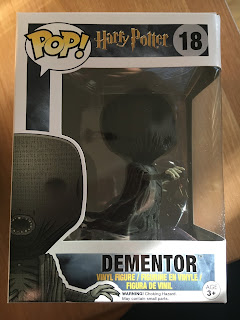 But I noticed that other people received Draco Malfoy.

But all Evil boxes also contained: 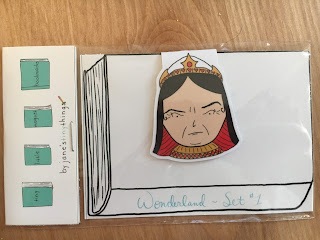 A Queen of Hearts magnetic bookmark 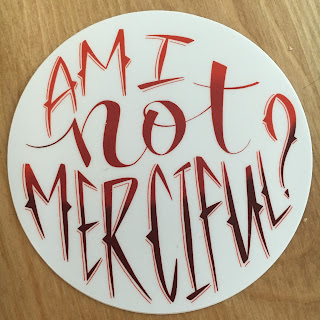 An Illuminae sticker featuring a quote from the ambiguously evil AIDAN - I was SUPER excited about this because you know how much I love this book. 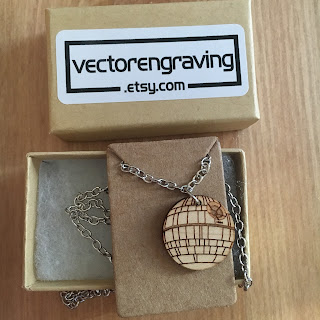 And a Death Star wood-carved necklace. 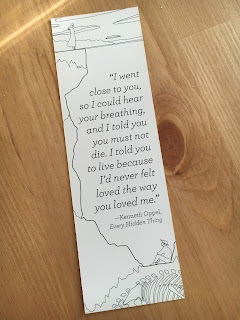 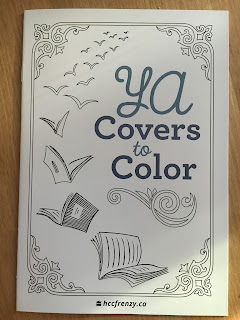 A couple coloring promotional items - a bookmark for Kenneth Oppel's Every Hidden Thing, which I immediately added to my reading queue, and a little coloring book of YA covers.

If you're curious what came in the Good box (that was different), a quick glance at Instagram revealed that the Funkos were either Dobby or Luna Lovegood, the magnetic bookmark was Alice, the wood-carved necklace was the Millennium Falcon, and the Illuminae sticker was of Ezra's line, "You have me. Until every last star in the galaxy dies, you have me." (I have to admit, I would've loved to have that sticker. I still would. If you got one and don't want it, please let me know!)

And of course, we got a postcard revealing the theme and spoiler for the August box, but since I have it already, let me just share the contents with you :) 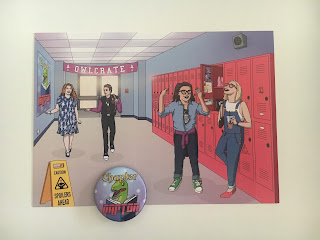 The theme was "Fast Times at YA High," so all things were based around school. (And this time, everyone received the same box.) 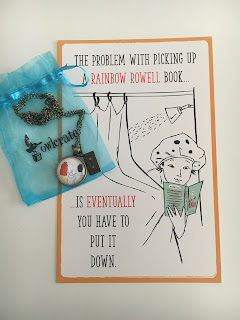 A beautiful Owlcrate-exclusive Eleanor and Park necklace. That little charm you see is a cassette tape.

There were also a couple of HP items (because OF COURSE): 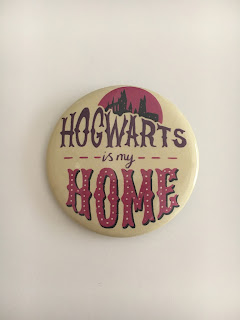 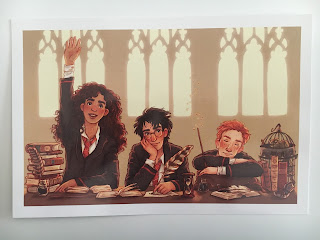 I love this artwork of Hermione, Harry, and Ron especially :) 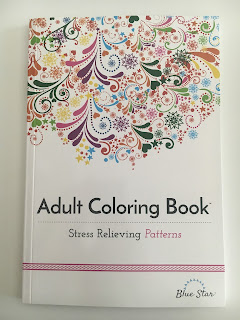 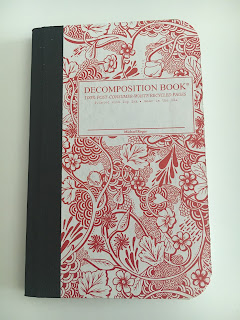 You can't get through school without notebooks and coloring. (You can't, okay? Trust me. I was a teacher.) We got a mini notebook and a coloring book (but it's kind of a generic coloring book - the designs didn't have anything to do with YA or high school).

And finally, the book of the month: 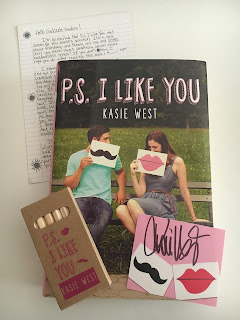 P.S. I Like You by Kasie West, whom I've never read before, but I know that she does romantic realistic YA. It came with a cute signed bookplate and an even cuter set of tiny coloring pencils, which I'm more apt to save than to use, just because they're so cute.

And of course, the theme and sneak peek of next month's box: 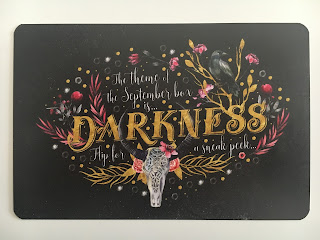 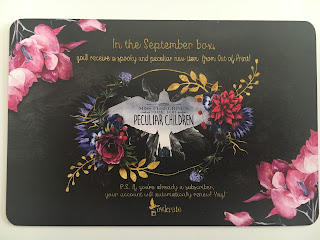 As always, if you are interested in signing up for your own Owlcrate subscription, please feel free to use my referral link.
Amie Kaufman goodies Jay Kristoff JK Rowling Kasie West Owlcrate Rainbow Rowell subscription box Victoria Schwab YAF