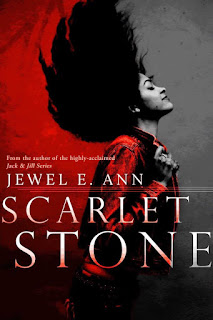 Synopsis (provided by publisher): “My name is Scarlet Stone, and my biggest fear is that someday I will find what I want most in life, and it will be impossible to steal.”

What happens when life just stops? When one moment makes you question your entire existence?

Scarlet Stone is a third-generation thief who has everything: a doting fiancé, a spacious London flat, and a legitimate job offer. In a single breath, everything becomes nothing, and she finds herself on a plane to Savannah, Georgia in search of the meaning of life.

After securing a six-month lease for a beachfront house on Tybee Island, Scarlet changes the way she looks, thinks, eats—basically her entire outlook on life. She needs peace, but what she gets is a housemate who looks like Thor, acts like a warden, and smells her proximity like a Bloodhound.

Theodore Reed is a carpenter and perfectionist with a body built of steel, a black, hollow heart, and a hunger for revenge. He doesn’t like company, girly-smelling crap, and British accents.

He resents every breath she takes.
She’s fascinated by his every move.

In time, they discover their coexistence is toxic, their physical attraction is electric, the secrets they keep mean the difference between life and death, and the only truth they share is that everything is a lie.

“Over eighty-five percent of the world's population believes in a higher power, yet, very few people believe in miracles.”

Thoughts: The first thing you should know, full disclosure, is that I've read and loved EVERY single one of Jewel E. Ann's books. She's probably my favorite romance writer. So, not surprisingly, I loved this book.

That said, Scarlet Stone was not an easy read. None of her books are fluffy, really (Undeniably You, being the most light-hearted of her repertoire, still made me shed tears), but this one I found REALLY hard to get through, even more than the Jack & Jill trilogy, which had a fair amount of suspense and even violence.

What made this difficult was the central relationship between Scarlet and Theo. The summary describes them together as "toxic," and they really, truly are. It was right on the border of NO I JUST CANT CONDONE THIS, but since I'm familiar with Ann's work, I trusted her. There were some moments that crossed the line slightly for me, but overall, Ann is really adept at writing characters that are fully human and multi-dimensional without romanticizing their flaws. YES, Theo is sexy BUT he's also a really troubled, really mean man... BUT he's also got legit reasons for being so difficult... BUT he also should be held accountable for his behavior, if not by Scarlet, then by himself  or even the general moral universe of the book. And Scarlet shouldn't accept his behavior, BUT love is a strange force... BUT it's so disturbing that she's okay with how awfully he treats her... BUT she too has some major issues that she's working through. I've read romance novels where I was like, hands-down, NOPE to the central relationship and I just couldn't even deal with reading it anymore, but Ann writes nuance and flawed humans so well. While I wouldn't condone such a relationship in real life for a friend, I can also understand how two such troubled humans can develop such an addiction to each other. So many layers, such complexity.

I recommend this book, but if I were talking to you, friend to friend, about it, I might offer a content warning or trigger warning to go along with it. Like, if you've been in relationships that were borderline/actually abusive, I would say proceed with caution, because the toxicity of their relationship and the anger/resentment with which Theo treats Scarlet might bring up some memories for you. I'm not saying don't read the book - it is a really good, well-written book - and I'm not saying that he is or isn't abusive (different people will see it differently), but this book DOES get really dark at times, and I'm saying, mentally prepare yourself before diving in. This book was a tough pill to swallow, but absolutely worth it.
4 stars adult Jewel E Ann romance/erotica