on March 05, 2017
Disclaimers: while my blog post itself does not contain any sexual content, this book does. This is a review for a book that is meant for mature audiences, and therefore is unsuitable for minors.

NA/A romance has a lottttttttt of sub-categories, so depending on what you like, you can find romances involving football players, hockey players, military men, billionaires, etc. My particular interest is in rock stars, although perhaps not for reasons you'd expect: I played bass guitar in a cover band for all of high school, and while it was all very innocent and teenagery, it left me with an appreciation for music and performing that I still have to this day, even though I stopped playing long ago. Music (playing, not just listening) has always been a part of my life, ever since I was a child (and I ended up being kind of a music snob in my 20s too), so it's probably no surprise that I like reading rock star romances - I'm often paying as much attention to the descriptions of the music and performances in these books as I am to the actual love story. (For example, one book I read that I didn't end up reviewing on my blog had the band playing a sort of darker, moodier version of Lady Gaga's "Bad Romance," and I found that suuuuuuuper interesting, and wished I could've heard it for real.)

Anyway... so I have a couple series I've read recently to share with you today, in case you're interested in rock star romances too. 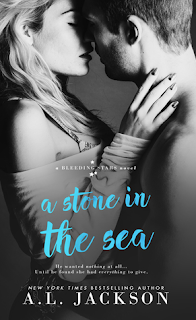 Summary: This series focuses on a band called Sunder. (Their band name is always italicized in the books, IDK.) Books 1 and 2 are about singer Sebastian and Shea; book 3 is about lead guitarist Lyrik (yeah, I know) and Tamar; book 4 is about Austin, who is Sebastian's younger brother, and Edie, who is the bassist's younger sister; and book 5 is about the bassist Ash and Willow. Book 2 is actually a sequel to book 1, so you can't read it by itself, but the rest can be read as stand-alones. (I actually read Stay first, because it was free on Kindle Unlimited, and then went back and read all the others in order.) Note: it's a common thing in romance for the books in series to be loosely-connected standalones.

The basic back story is that Sunder are a pretty popular rock band who have been through a whole lot of drama - arrests, drug addiction, etc. - and have been ordered to relocate from LA to Atlanta for a little while, to let things settle down and to get everything back in order. They are totally all sex, drugs, and rock 'n' roll, but since the drug part can't really happen so much anymore, they still have the other two. But of course, one by one, the bad boy rock stars of Sunder are conquered by love.

Thoughts: I actually really enjoyed this series, and I can't wait for the last book. Usually, when you read romance novels, you read them for the FEELS, and Jackson is really good at sucking you in and making you feel invested in the central couples. I definitely felt swept away into their world, and there were moments that even made me cry. (There's a lot of drama. A LOT.) She also has a slightly unusual, more poetic writing style, and while I did tire of it after reading all five books in a row, I could still appreciate it. I liked that it was different. It may not be for everyone, but I could get on board with it, considering how the series is about musicians. (Although, truth be told, I didn't really like the song lyrics in the series. Not that I've ever tried to write a song myself, but I was like, "Well, I can't say I'd be a Sunder fan. I hope they don't sound like Nickelback.") But yeah, this series was GREAT for romance and drama. 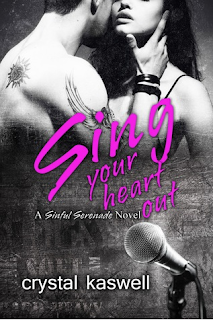 Summary: This series focuses on a band called Sinful Serenade. Book 1 is about singer Miles and Meg. Book 2 is about guitarist Drew and Kara. Book 3 is about drummer Tom and Willow, who is Drew's younger sister. Book 4 is about bassist Pete and Jess. They can all be read as stand-alones, except for book 5, which contains four short sequel novellas one for each couple (but they all kind of follow from each other, so read book 5's sections in order - don't just skip around between couples). There isn't much of a backstory to the entire band, but again, each person has their own past to contend with. They're based out of LA as well.

Thoughts: I enjoyed this series, though perhaps a little less just because I found the general story arcs to be repetitive as a whole - sex-obsessed bad boy rock stars who just can't do the whole "love" thing for whatever reason, and the girls who change their minds after much heartache and pleading. That doesn't mean that it wasn't a good read, though - I definitely enjoyed it overall. It's just that sometimes I had to remind myself which couples were which, because they didn't feel as distinct as the other series (which I'd read right before this one), so sometimes I forgot who was who. (I mean, three of the four couples' stories begin with the girl walking in on the guy in the middle of the action with a groupie, if you get what I'm saying.) If you like blunt, graphic sexual phrasing, you'll definitely enjoy this series, because everyone in these books is pretty unabashed when it comes to dirty talk. Also, thanks to this series, I learned about apadrayva piercings. (Please use judgement when googling - NSFW.) But I do wish there was a little less bellyaching on the girls' parts - not saying it made them weak, but it felt like the "advantage" or balance of power was almost always with the dudes. But still... an enjoyable, engrossing read, and currently, they're all available on Kindle Unlimited.
3 stars 4 stars adult AL Jackson Crystal Kaswell romance/erotica